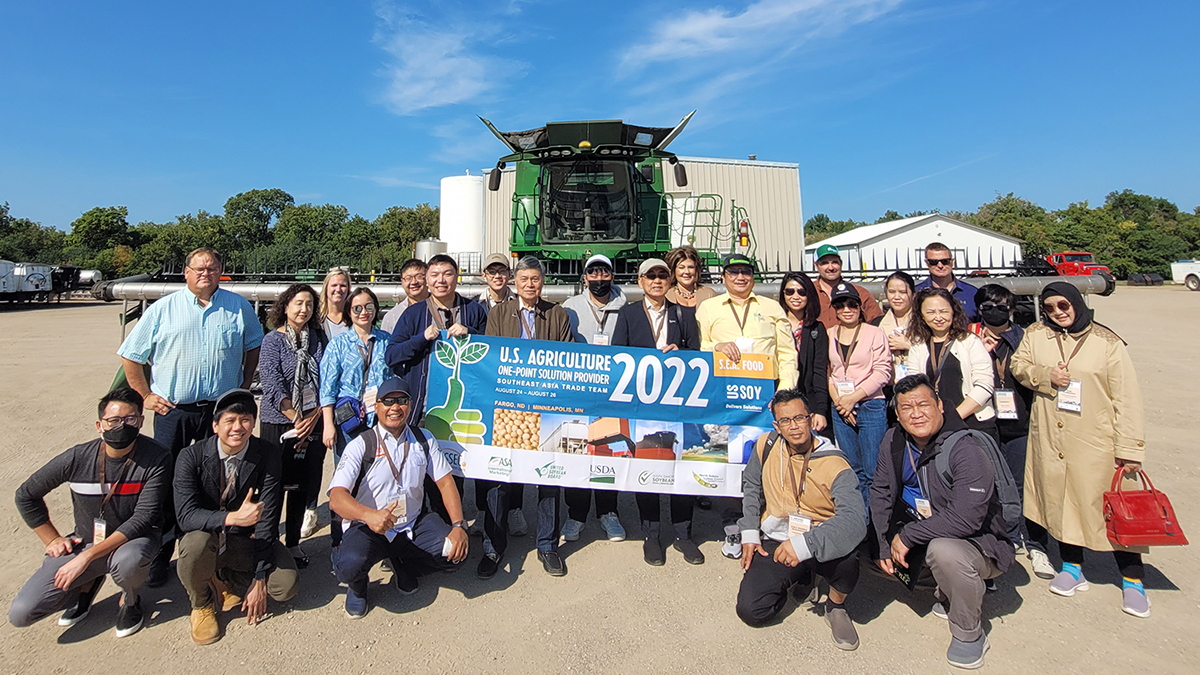 FARGO, ND — Thirty-one international food buyers from seven countries visited North Dakota in August; the delegates were part of three different trade missions that were hosted by the North Dakota Soybean Council and the soy checkoff. The groups, hailing from Southeast Asia and India, as well as Taiwan, toured a variety of agribusinesses and farms to highlight the high quality and reliability of U.S. soybeans. One key message that was on display during the visit was U.S. soy’s sustainability.

The demand for food-grade soybeans continues to grow globally, outpacing even population growth at a compounded annual growth rate of 3%. The drive for that growth primarily comes from markets in Asia, western Europe and Latin America. The U.S. Soybean Export Council (USSEC) helps lead market outreach to key customers in these regions and has partnered with the North Dakota Soybean Council to host the buyers on North Dakota soil.

“North Dakota is a leading producer of food-grade soybeans in the United States, and it is the right market to showcase U.S. soy’s qualities to international buyers, especially when it comes to soy foods,” said Jena Bjertness, director of market outreach for the North Dakota Soybean Council. “Hosting international customers builds stronger connections and relationships, ultimately driving stronger demand. We are proud to demonstrate the added value that comes when you purchase U.S. soy and continue creating a preference for U.S. soy over soy from other origins.”

While the trade teams receive customized schedules based on business interests, some itinerary highlights included visiting companies that are specifically focused on the food-grade business–Brushvale Seed, Inc.; Richland IFC; and SB&B Foods, Inc.–and hearing from organizations and educators with the Specialty Soya and Grains Alliance, the Northern Crops Institute and North Dakota State University. The farms hosting the trade teams were McMillan Farm in Wimbledon, KTM Farm in Wahpeton, Sinner Farm in Casselton and Sauvageau Farm in Horace.

“As farmers and through USSEC and our checkoff, we are building a reputation that U.S. soy is a reliable and sustainable supplier of quality soy and soy products,” said Darren Kadlec, a soybean farmer from Pisek and a director on the USSEC board. “These types of missions help us showcase our sustainability methods and soy expertise to buyers, something that is lost in just pictures or videos. You can’t replace face-to-face conversations, and we will continue to build upon these relationships throughout the year.”

All three North Dakota trade teams were in the United States for Soy Connext, the global U.S. soy summit. This USSEC-driven event was held in San Diego, California, on August 22-24, with the purpose of connecting buyers and sellers of U.S. soy with every part of the value chain, building connections and sharing expertise. The North Dakota Soybean Council was a platinum event sponsor. 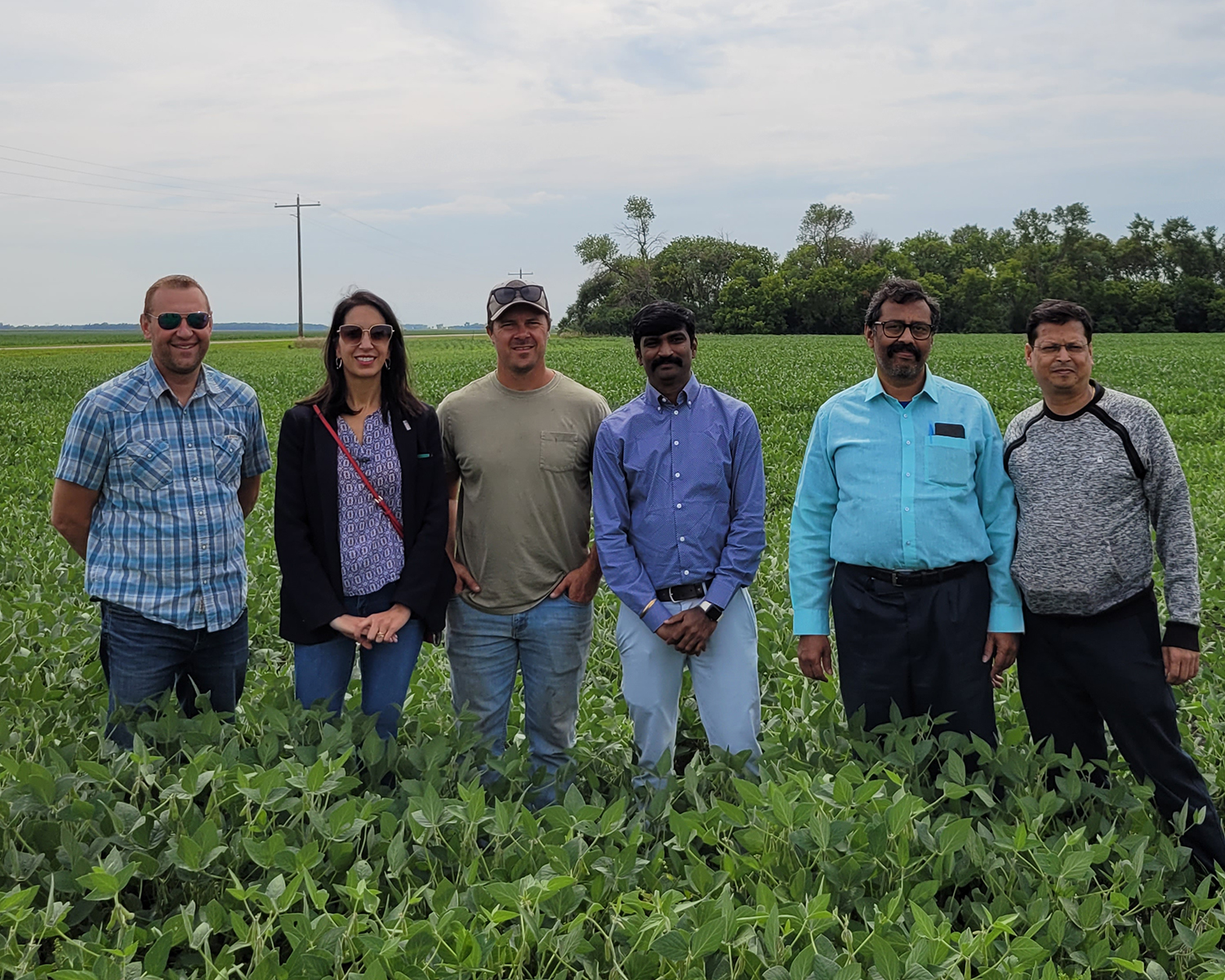 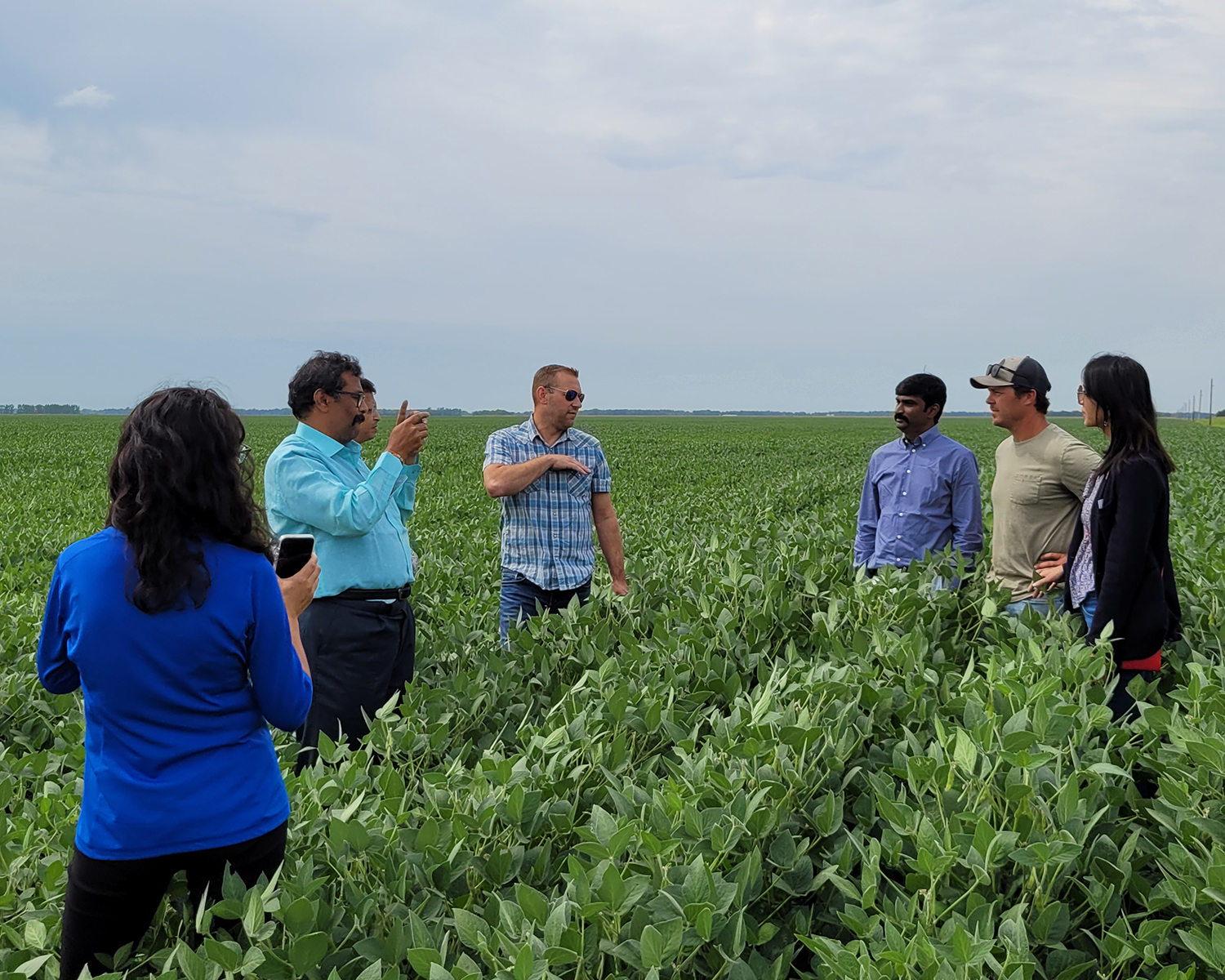 Visitors from India ask many questions about North Dakota soybean production during their visit to the Savageau Farm in Horace, North Dakota. 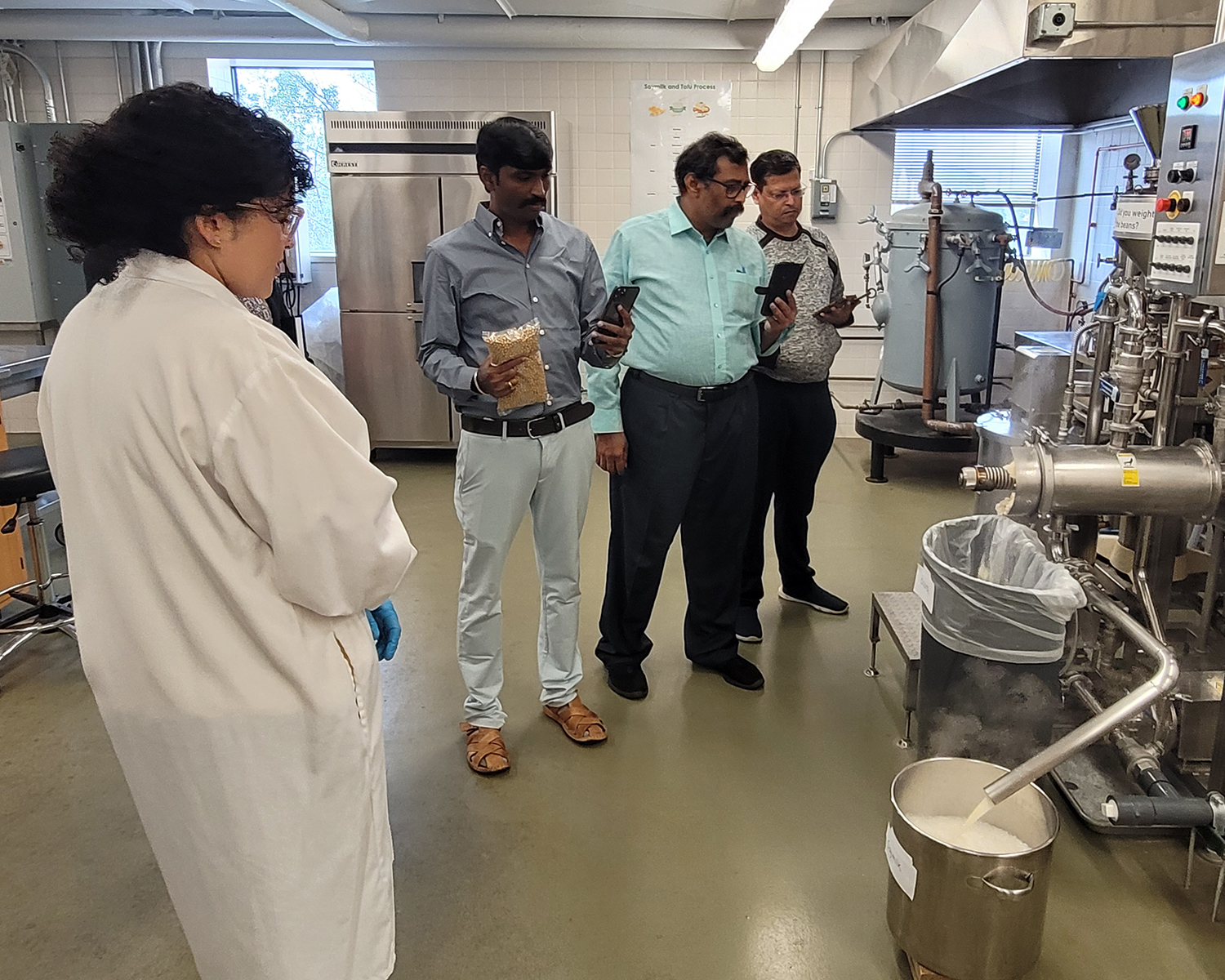 A soymilk and tofu demonstration was provided to participants from India during their visit to the Northern Crops Institute. 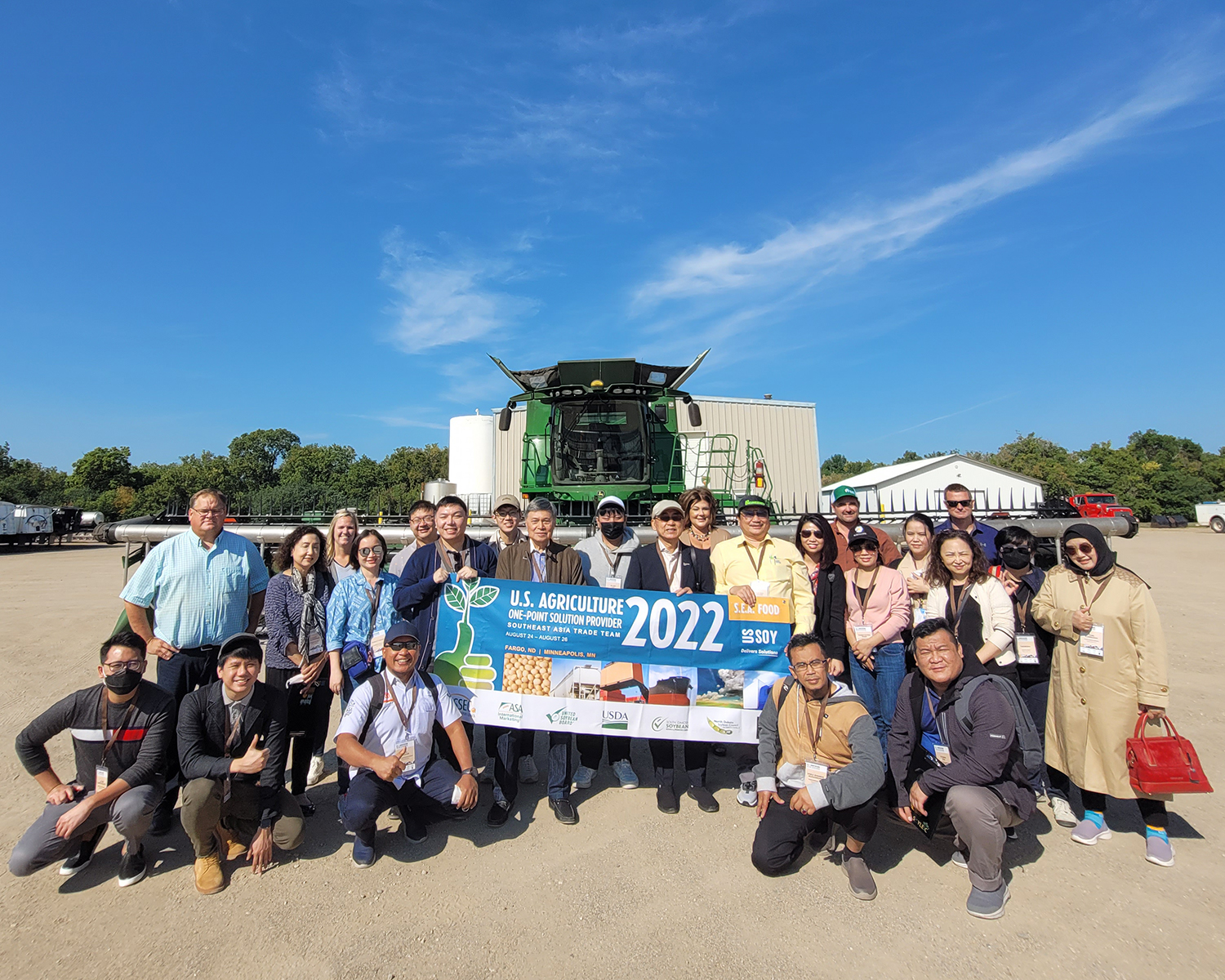 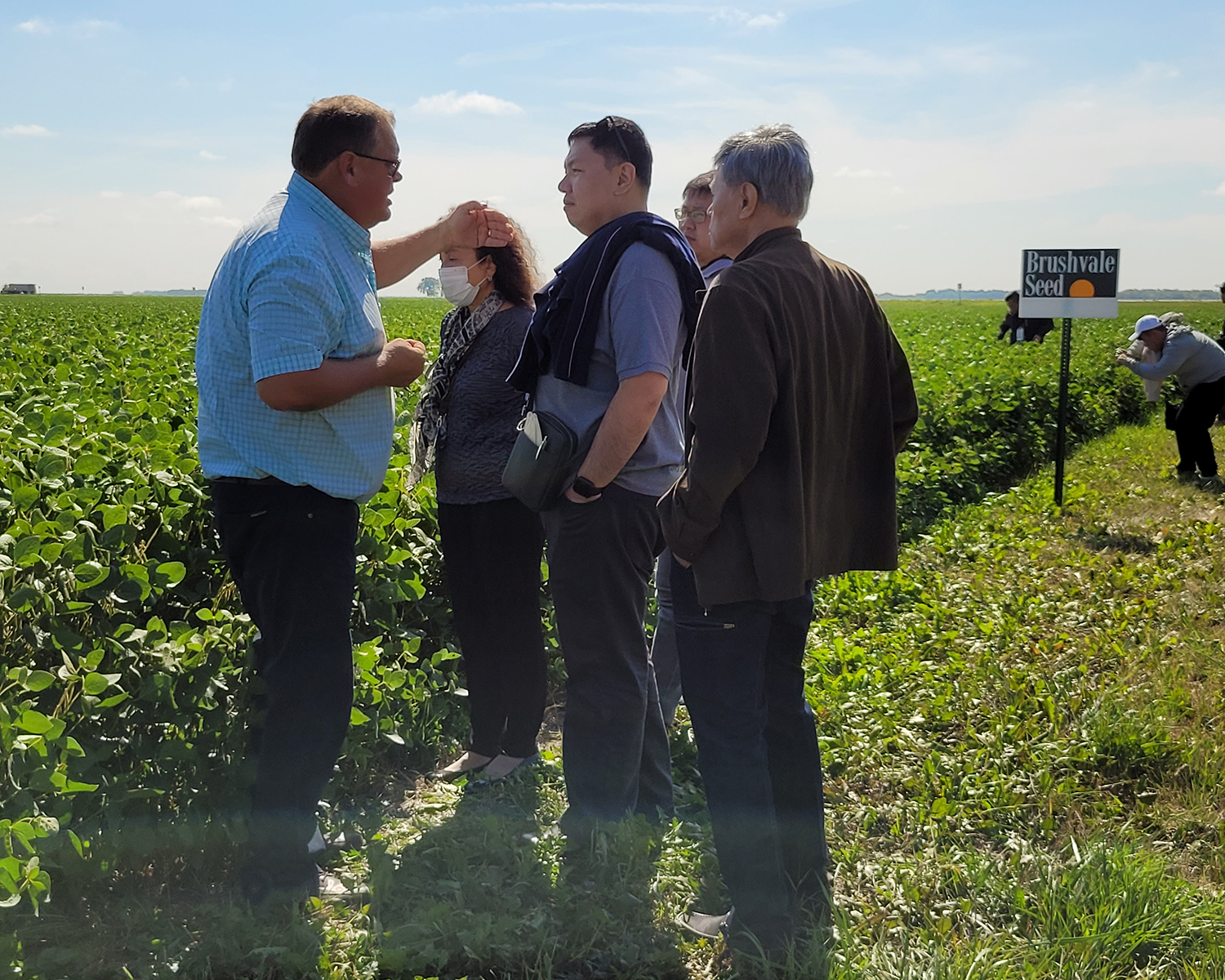 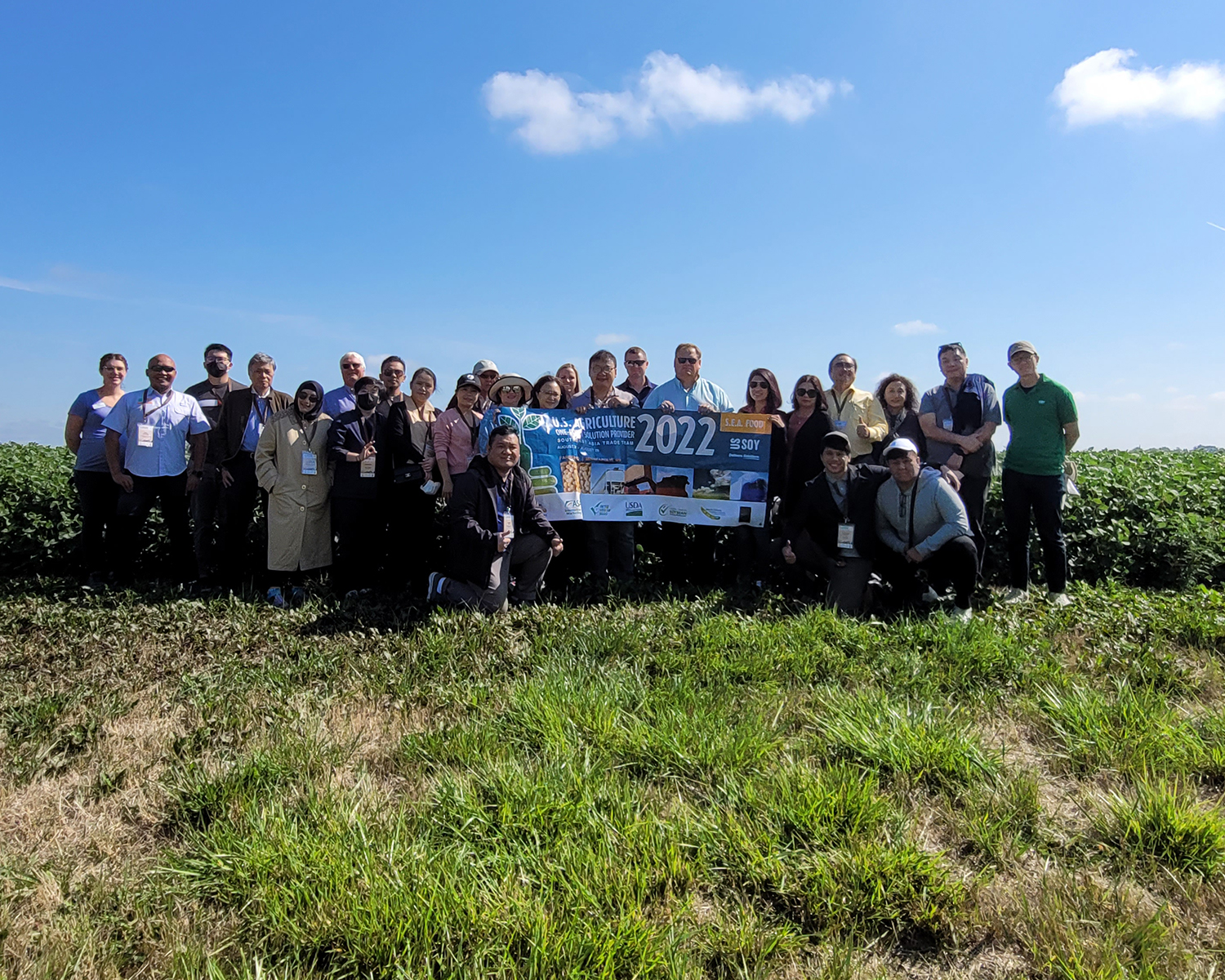 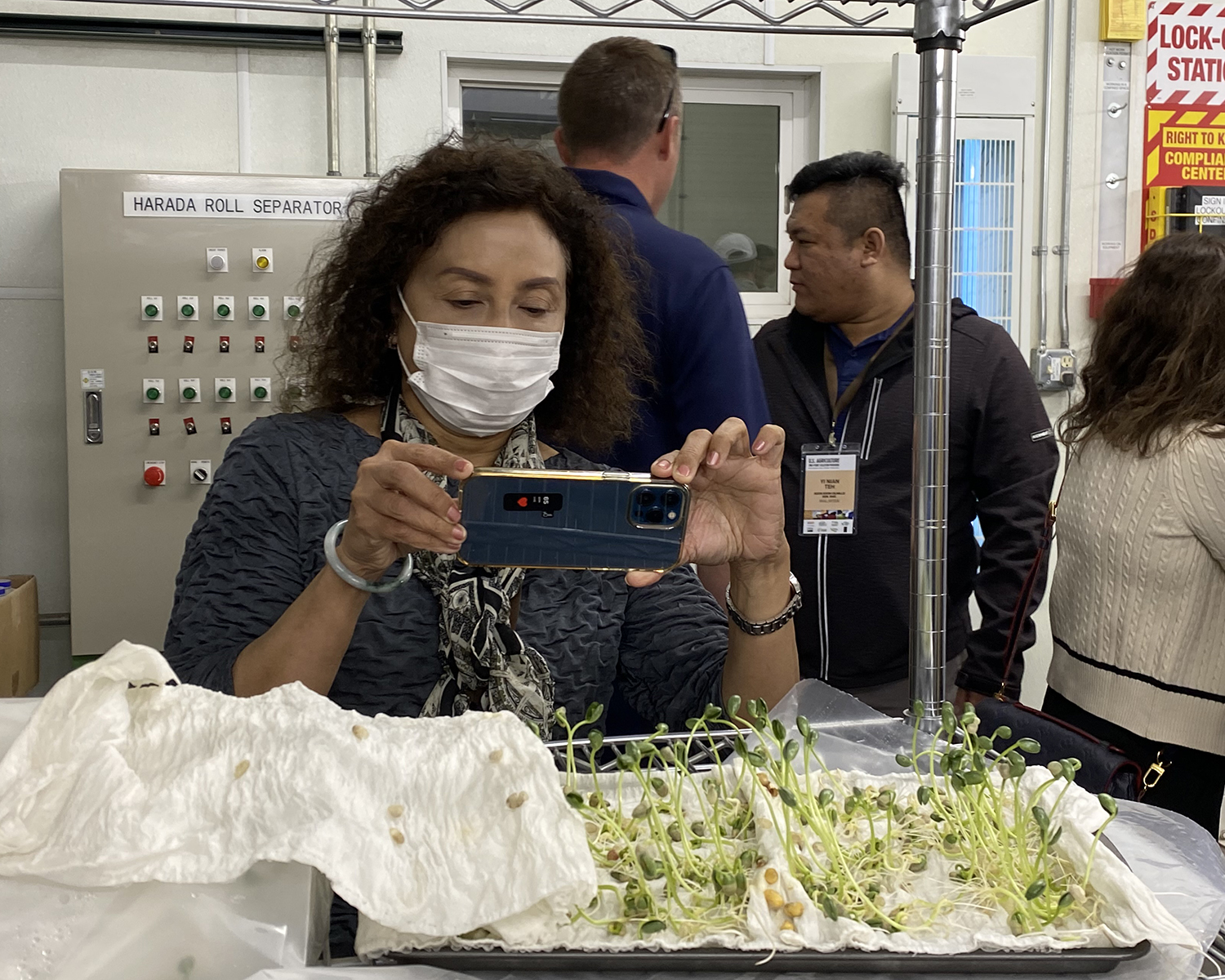 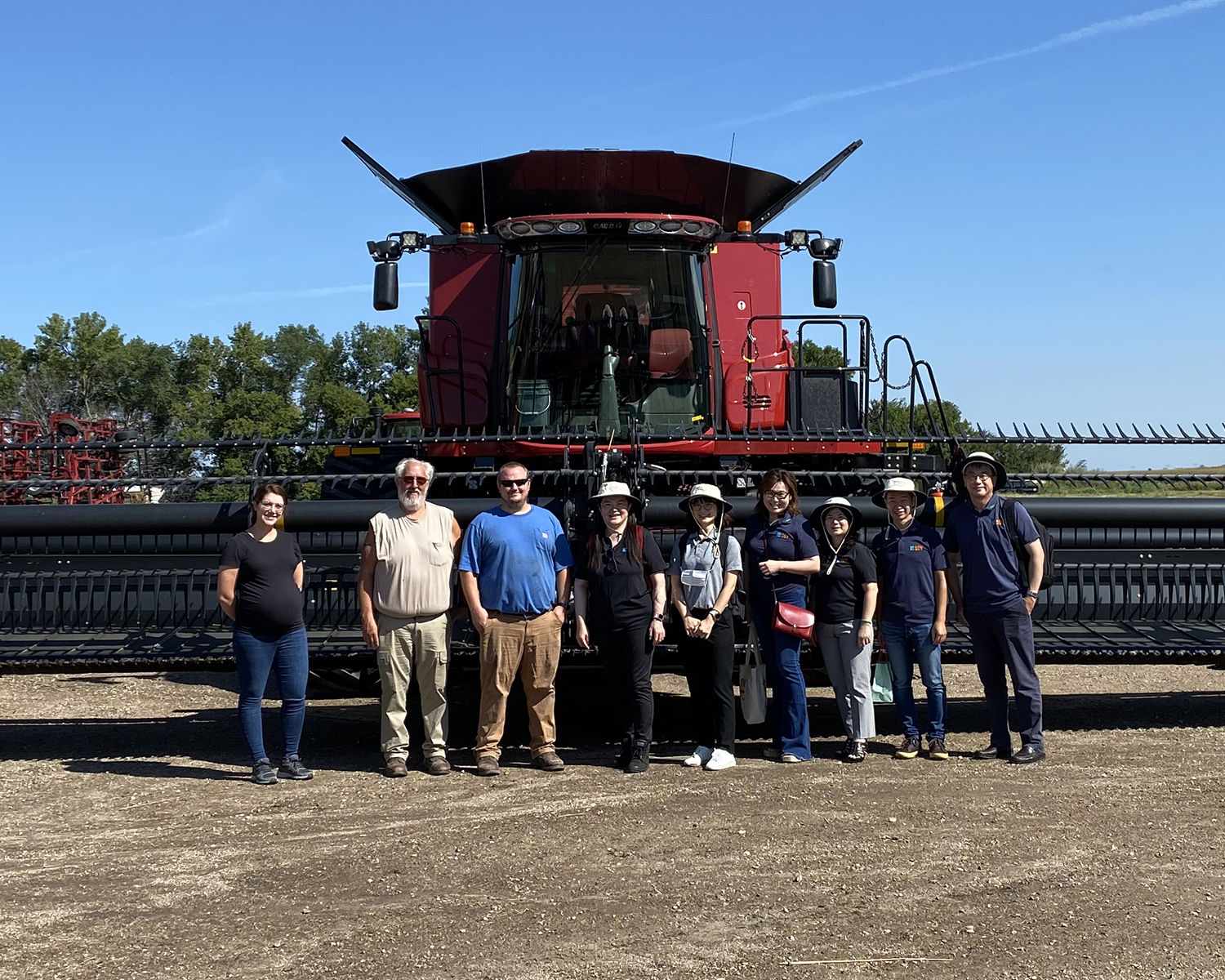 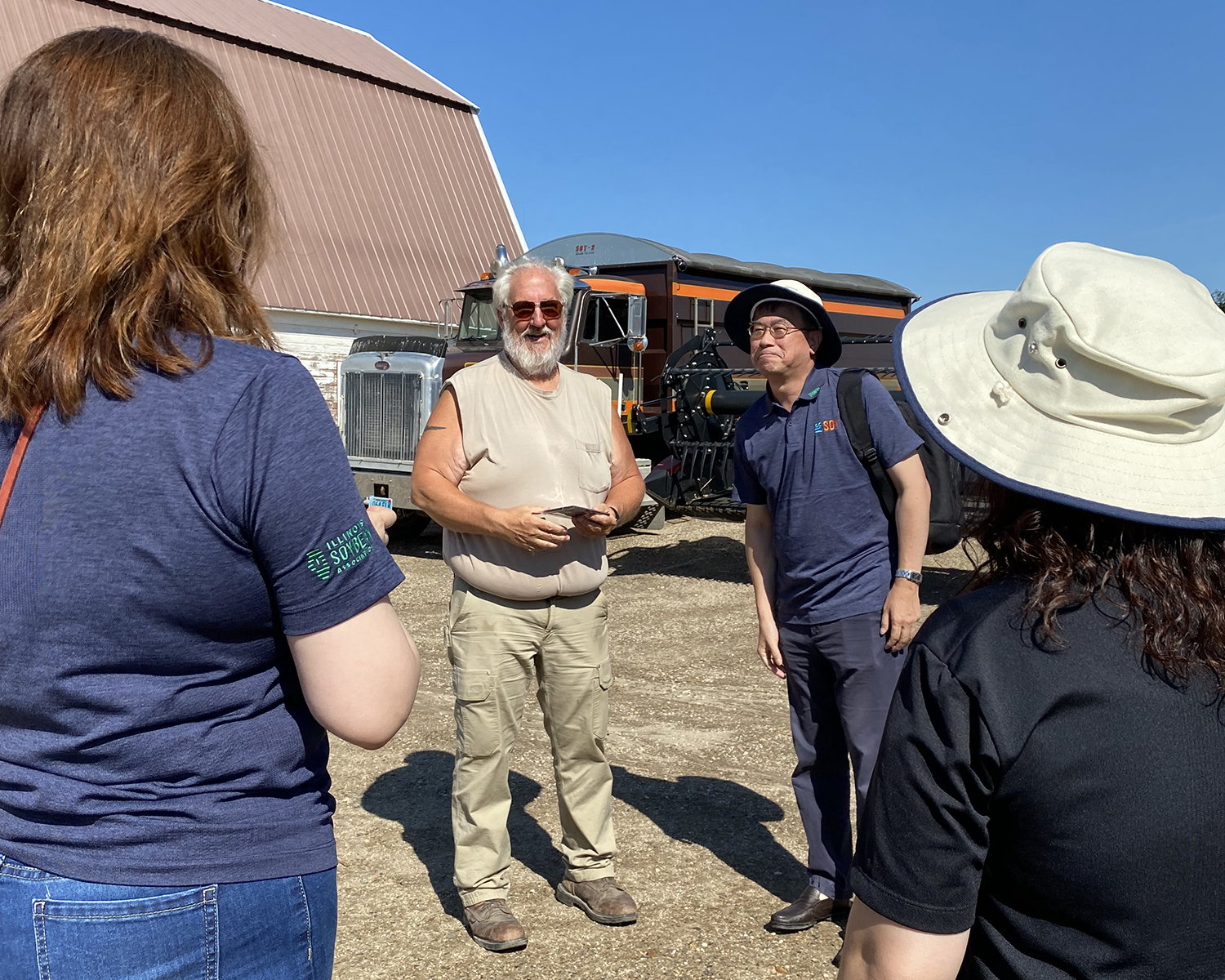 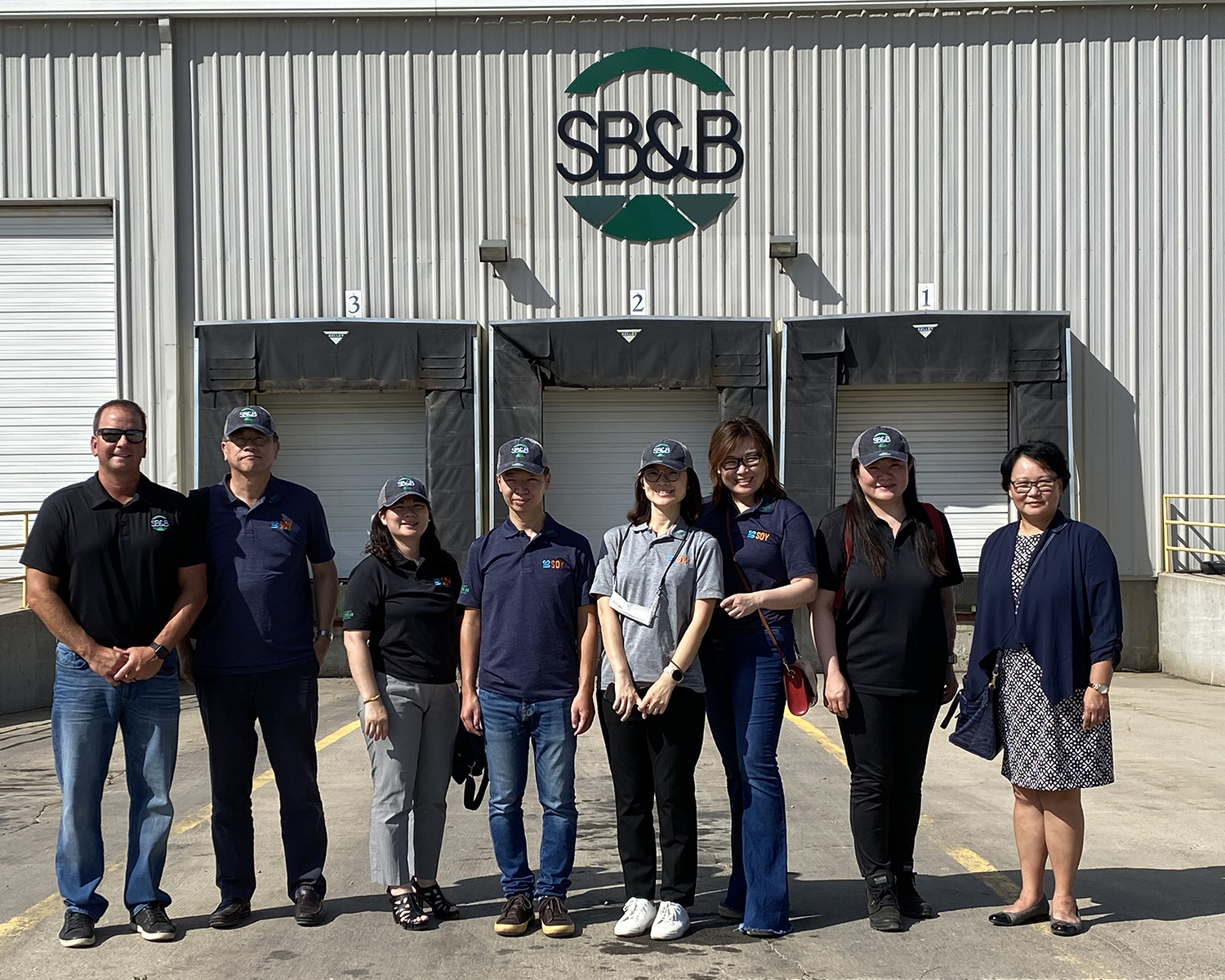 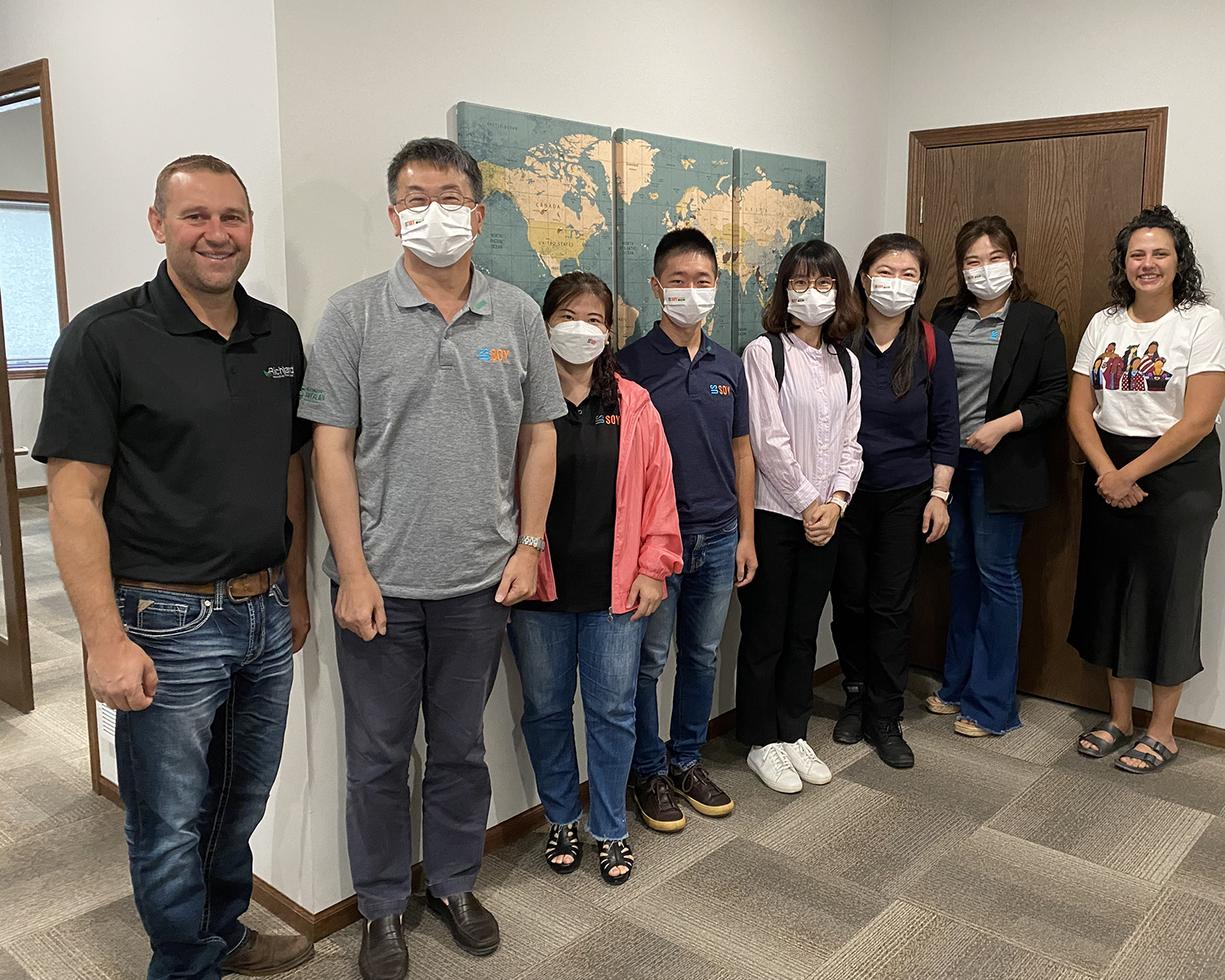