Visits Spanned from Field to Port 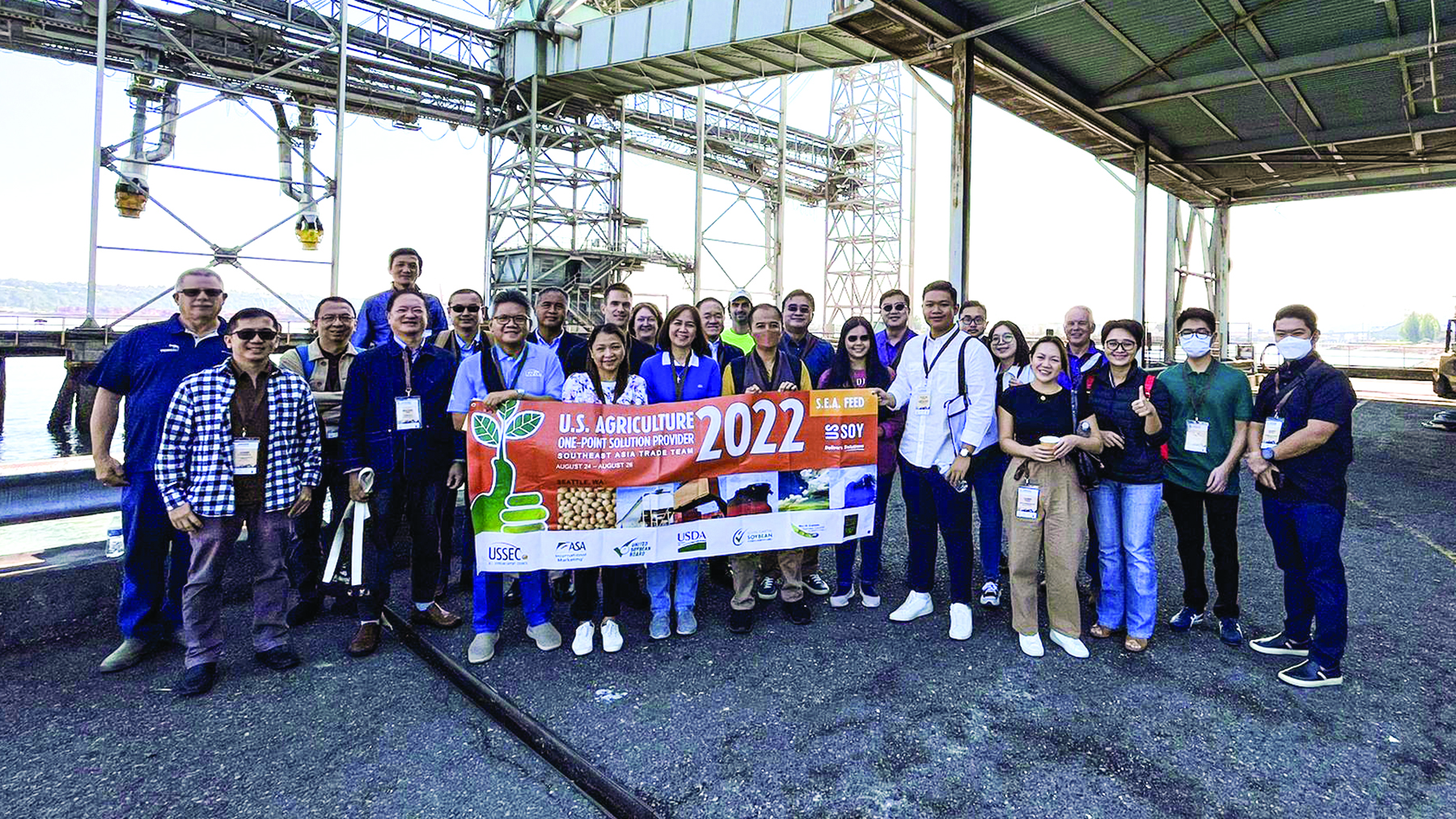 The trade team that visited the Pacific Northwest (PNW) August 24-26 was comprised of 19 southeast Asian buyers of U.S. soy, specifically companies focused on feeding livestock, poultry and aquaculture. The countries represented by this trade mission included the Philippines, Vietnam, Indonesia and Myanmar.

“These countries represent a significant amount of business for farmers in North Dakota and throughout the United States,” says Stephanie Sinner, executive director of the North Dakota Soybean Council (NDSC). “The Philippines is the no. 1 importer of U.S. soybean meal in the world while Vietnam is a powerhouse when it comes to pork and aquaculture production. These customers are all important to farmers’ bottom lines, and hosting them is an important step to continuing those relationships.”

Sinner joined the trade mission in Seattle to give current crop progress insights from North Dakota along with sharing more in-depth knowledge about the path North Dakota soybeans take from the field to the PNW for exports. Sinner used her time not only to highlight the advantages of soybeans sourced from the PNW, but also to preview what is to come.

“With buyers in southeast Asia driving demand for soybean meal exports, I had the opportunity to provide details to these customers about the new crush operations we are seeing come online in North Dakota,” states Sinner. “These customers have already developed a preference for U.S. soybean meal, and our added infrastructure will drive growth in many of their markets.”

In addition to hearing from Sinner, the group was able to tour a number of export-related businesses in the greater Seattle area that are pertinent to the exports of U.S. soybeans and soybean meal. AGP hosted the trade team at its Gray’s Harbor port location in order to discuss ongoing expansion efforts to ensure that it can handle the rapidly increasing demand for U.S. soybeans in southeast Asia.

Expansion at the Port of Gray’s Harbor was announced earlier this year and is scheduled to begin in 2025, with additional freight capabilities and rail terminals being added. The visit to Gray’s Harbor was a highlight for the tour attendees who were able to board a vessel as it was being loaded with soybean meal.

The vessel was destined for the Philippines, which also provided an opportunity for trade team members from the Philippines to share their experience with U.S. soy and the value they see in U.S. soybean meal.

Trade-mission participants were in the United States as part of a larger conference, The U.S. Soybean Export Council (USSEC) hosted Soy Connext, a global U.S. soy summit, which brought more than 600 people from over 50 countries together under one roof in San Diego, California, August 22-24, to discuss U.S. soybean exports from field to port to international buyer and beyond.

Members of a trade team from southeast Asia explored the Pacific Northwest of the United States during an August visit. NDSC’s Stephanie Sinner accompanied the team of buyers on a number of agriculturally focused tours. 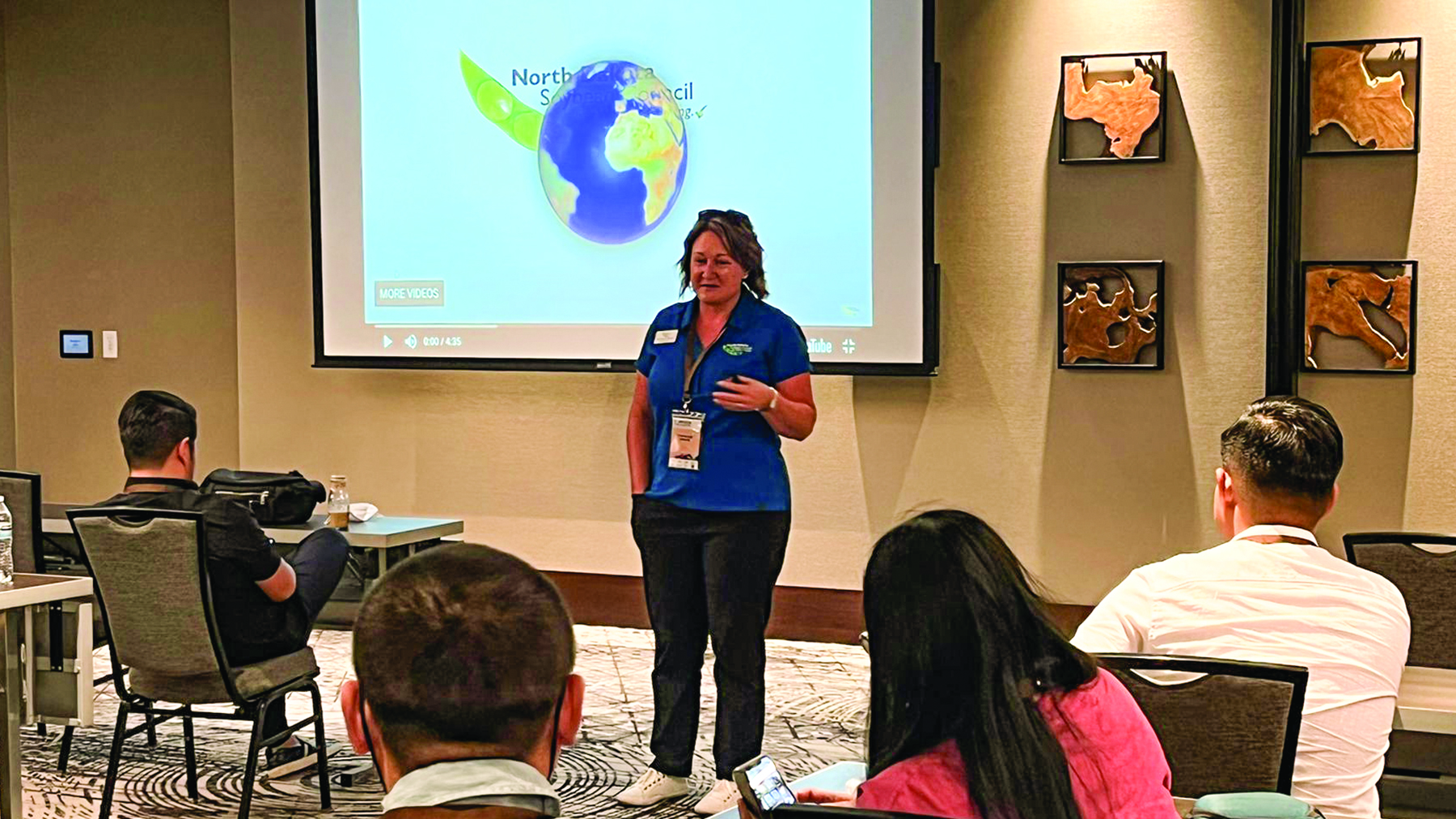