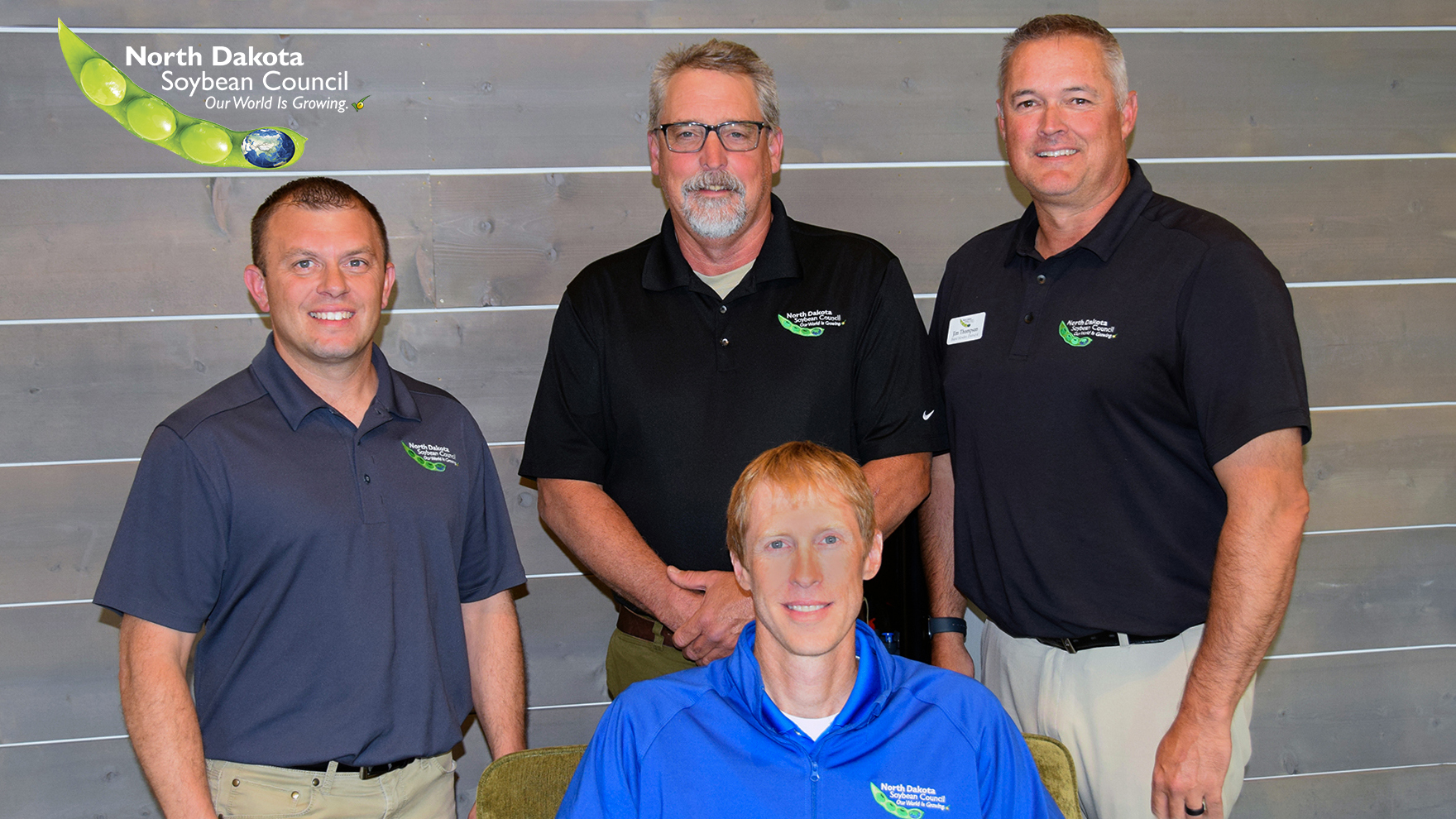 FARGO, ND — Executive board officers were elected during the North Dakota Soybean Council (NDSC) board meeting on June 29. Chris Brossart of Wolford was elected chairman of the board. Brossart represents soybean farmers in District 11, which consists of 13 northwest North Dakota counties. He grows soybeans, spring wheat, barley, corn and canola with his wife and parents on a third-generation family farm in Pierce County. He graduated from North Dakota State University (NDSU) with a degree in crop and weed sciences, and agribusiness. Brossart is active with the North Dakota Farm Bureau and the Nodak Insurance Board. From 1998-1999, Brossart was a North Dakota Future Farmers of America state officer. He is also involved with his local church.

“It is really a privilege and an honor to be elected chair after serving on NDSC for four years,” Brossart said. “To have your peers have confidence in you and respect for you to be in this position means a lot, and it’s very, very humbling at the same time.”

Brossart continued by sharing what is ahead for North Dakota soybean farmers and board members. “There are many opportunities developing in the state for soybeans and soybean products. My goal as the newly elected NDSC chairman is to do my part to keep the industry moving forward. Having two soybean processing plants coming online in the state will present some real opportunities for North Dakota farmers. With soybean oil in demand for products such as renewable diesel and soybean meal, which is available as a high-quality livestock feed, the future looks very bright. As board members, we are dedicated to do our part to keep developing those markets and to make the best use of soybean checkoff dollars that farmers invest.”

The board elected Rob Rose of Wimbledon as vice chairman. Rose represents soybean producers in Barnes County. He farms with his wife, Dawn, and they produce soybeans, corn, wheat, barley and pinto beans on a fifth-generation centennial farm. He is a member of the North Dakota Soybean Growers Association and has an agricultural economics degree from NDSU.

Mike Schlosser of Edgeley was elected secretary. Schlosser represents soybean farmers in District 3: LaMoure and Dickey Counties. Along with his father, Schlosser grows soybeans, corn and wheat. He graduated from NDSU with a bachelor’s degree in plant protection as well as crop and weed science. He is active with the North Dakota Farmers Union and is a member of the North Dakota Soybean Growers Association.

Page soybean producer Jim Thompson was elected as the treasurer. He represents soybean producers in Cass County. Thompson farms with his wife, Jennifer. He serves as chairman of Rich Township and president of Cass County Township Officers Association. Thompson and his wife farm soybeans, corn, wheat and dry beans. He holds a degree in Aviation Administration and Business Management from the University of North Dakota.