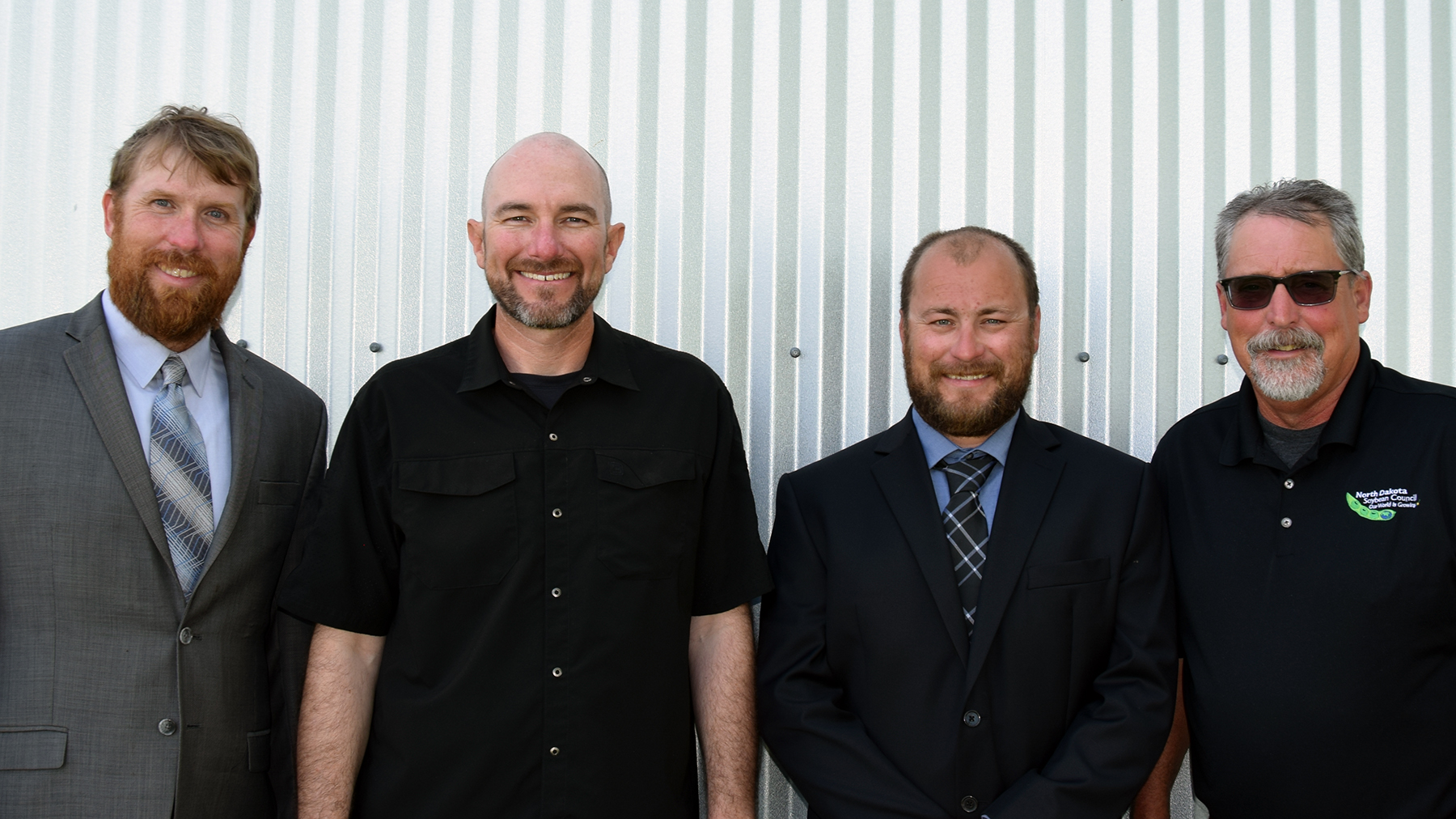 Grand Forks soybean farmer Evan Montgomery was elected to the NDSC. He represents soybean producers in District 7: Grand Forks and Traill Counties. Montgomery has been involved with farming his entire life, and his family farm has grown soybeans since the 1980s. He also helps with his family’s livestock operation, including cows and a large horse boarding and training facility. As a graduate of North Dakota State University (NDSU), Montgomery holds a music degree in vocal performance; he sings with the Grand Forks Master Chorale and his own vocal band. He is involved with the North Dakota Farm Bureau and the Brenna Township board. He is currently the vice president of the Grand Forks Master Chorale board.

“I am honored to be elected to the North Dakota Soybean Council,” Montgomery says. “I look forward to learning as much as I can and discuss ideas and solutions with different stakeholders and board members.”

Jeremiah Blahna, a soybean farmer from Carrington, was elected to represent District 9: Wells, Eddy and Foster Counties. He and his wife grow soybeans, corn and wheat in addition to running a cow/calf operation. Besides farming, Blahna also custom combines and provides snow removal services.

“I’m proud to represent District 9 soybean farmers,” Blahna states. “I look forward to working with the board to promote the next generation of new uses for soybeans.”

Dallas Loff of Wahpeton was elected to represent District 1: Richland County. Loff has been producing soybeans, corn, and sugarbeets with his father and brother for the past 20 years. He has a bachelor’s degree in crop and weed sciences from NDSU. Loff has been involved with his local township and school boards, and he is the president of his local elevator board. In his spare time, he enjoys hunting, fishing, waterskiing and pool.

“It’s always important to continue learning, and I think there’s a lot that I can learn on the North Dakota Soybean Council,” Loff asserts. “I look forward to working with farmers from around the state to help the soybean industry grow.”

Soybean producer Rob Rose from Wimbledon was re-elected to represent soybean farmers in District 5: Barnes County. Rose farms with his wife, Dawn, and they produce soybeans, corn, wheat, barley and pinto beans on a fifth-generation centennial farm. He has an agricultural economics degree from NDSU.

“In my first term on the North Dakota Soybean Council, I have focused on the board’s investment in the Clean Fuels Alliance America,” Rose explains. “With two crushing plants coming online in the near future in North Dakota, I look forward to continue the promotion and education of biodiesel and renewable diesel in the state.”

“We welcome Evan, Jeremiah and Dallas to the board,” said Stephanie Sinner, NDSC executive director. “We are eager to work alongside them in their role of representing their fellow North Dakota soybean producers. We congratulate Rob Rose on his re-election to the board. All four will bring strong expertise and excellent perspective to the work of the North Dakota Soybean Council.”